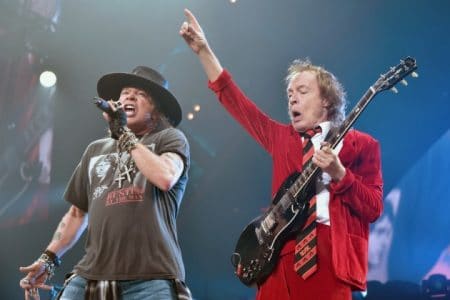 An article by Australian website Noise 11 on February 12, 2017 reported as follows: “AC/DC’s Angus Young is home in Sydney visiting family and joined his fourth singer for two AC/DC classics. Young is working on a new album AC/DC album with Rose on vocals.” No further information was provided by Noise 11 in the article on how they got this information.

This is not that surprising though as back on September 20, 2016, Brazilian journalist José Norberto Flesch had announced via his Twitter account that Young would continue AC/DC with his nephew Stevie Young on guitar, Guns N’ Roses‘ frontman Axl Rose as lead vocalist and a bunch of hired musicians to fill out the band.