Croatian rockers Animal Drive consisting of lead vocalist Dino Jelusick, guitarist Keller, bassist Rokindja and drummer Zvonimir Mihaljevic have decided to disband and are currently facing a lawsuit from their record label Frontiers Music Srl. Animal Drive released the full-length album Bite! (2018) and the EP Back To The Roots (2019). Jelusick also released the album Dirty Shirley under that band name along with guitarist George Lynch back in January 2020. 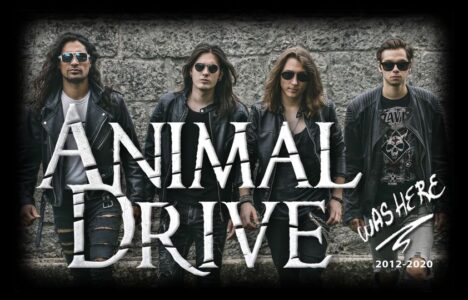 To all Animal Drive fans and supporters and to the knowledge of the public!

With great regret we have to inform you that band Animal Drive no longer exists.

A few unpleasant and unforeseen circumstances, such as the multiple unduly postponement of our 2nd album release, cancellation of cooperation with our booking agent, incoherent threats and one-sided communication breakdown from our record label Frontiers Records Srl led us to decide that Animal Drive has no future and each of us will continue his career on separate paths.

Nevertheless, we are fighting in the court for our rights as our label has filled a lawsuit against us.

New music from the ex band members will be released soon so we invite you to keep following.

Thank you for your generous support throughout the years.

We respect and love all of you.”