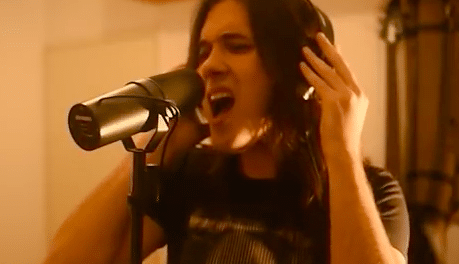 Animal Drive lead vocalist Dino Jelusic has paid tribute to one of the greatest heavy metal singers of all-time with his cover of the Badlands‘ classic “The Last Time” sung by the now deceased Ray Gillen. 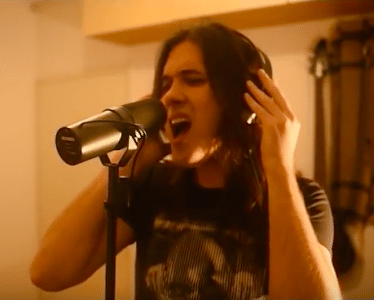 The following caption from Jelusic was included with the YouTube video:

“Ray Gillen was one of my biggest influences and he died on this day, 25 years ago. We were both discovered by the same producer Paul O’Neill (Trans-Siberian Orchestra, Savatage, Aerosmith), so this is also a tribute to Paul, since this is the last song he has done with Badlands.”

Sleaze Roxx stated the following in its review of Badlands‘ album Voodoo Highway, which includes the song “The Last Time”: “But what of Voodoo Highway? Anyone expecting another “Dreams In The Dark” single will be seriously disappointed. It occurs to me that Voodoo Highway is a logical progression though, for a band looking to expand on “Winter’s Call” or “Dancing On The Edge”. It’s expertly written and superbly performed. “Soul Stealer” and “Love Don’t Mean A Thing” kill me every time I hear them. Many a mix tape in the ’90s were made better by their inclusion. The guitar riffs on “Silver Horses” or “Heaven’s Train” show off Lee’s brilliance as a writer and performer.”

Dino Jelusic‘s video for his cover of Badlands‘ “The Last Time”:

Ray Gillen was one of my biggest influences and he died on this day, 25 years ago. We were both discovered by the same producer Paul O’Neill (Trans-Siberian …