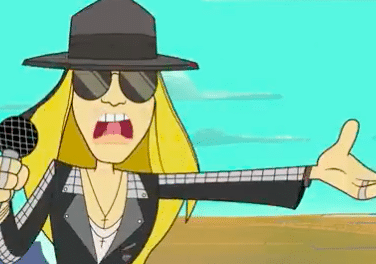 Guns N’ Roses frontman Axl Rose has released his first new song in ten years and since 2008’s Chinese Democracy album. Rose‘s “Rock The Rock” song is featured in the TV show New Looney Tunes, which airs on the Boomerang streaming service. The song first surfaced on the episode that aired on December 24, 2018 and which featured Rose as a cartoon character. 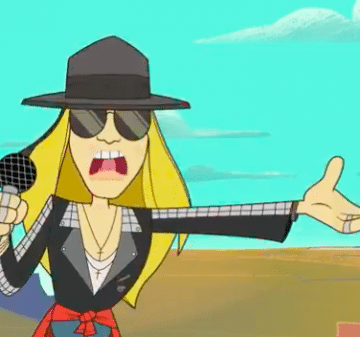 Sleaze Roxx stated the following in one of its two reviews of Chinese Democracy, which is viewed by some as an Axl Rose solo album:

“Chinese Democracy is the result of a mad man’s (literally) ego gone wild. The songs, at times, are a meandering mess of background noise and other computer programmable subtleties. The music completely lacks any emotion and is more distracting than entertaining. Axl‘s strong point has always been that his raw performances only help to reinforce powerhouse lyrics. With Chinese Democracy the lyrics and the performance often sound like that of a man who has been beaten down as opposed to someone who used to do the beating. At times it is a struggle to listen to.

I did not at all expect a duplication of Appetite For Destruction. What I did expect was an album that was equally strong, but perhaps in different ways. At 46, it wouldn’t have been as believable for Axl Rose to write “Out Ta Get Me” as it was when he was 25. What I wanted was a World Champion, not a whiny bitch. I wanted a rock album, not an attempt to incorporate every style of music that has come and gone over the last 15 years.”

Coming soon in 2019! The gang teams up to stop an asteroid from destroying the Earth. Featuring a new song from Axl Rose of Guns N’ Roses, his first in over …