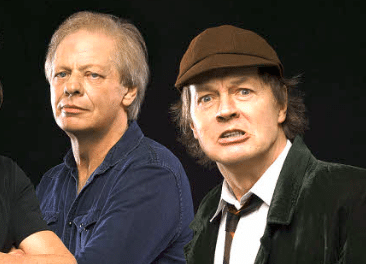 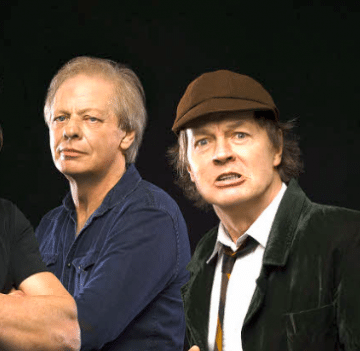 Suffice to say that it strongly appears that AC/DC are recording a new studio album at the same location that their last three studio albums — Rock Or Bust (2014), Black Ice (2008) and Stiff Upper Lip (2000) — have been recorded.

The only questions marks appear to be who will be handling the lead vocals on the record — Rose or Johnson — and who will be playing the bass on the album?

The following is an excerpt from the latest article on the subject from Steve Newton of The Georgia Straight:

“… Here’s another photo from the dynamic duo of AC/DC-lovin’ buddies Glenn and Crystal. There might not be any newer ones to come, because word got out that the Aussie earbusters were being spied on, and now there’s a big umbrella on the deck blocking the sight of any legendary rockers sipping coffee or whatever’s in those white mugs.

But for now here’s some proof that Angus and Stevie Young are hangin’ out at the Warehouse along with the Ruddinator and Big Bad Bri (or Triple-B, as I just nicknamed him). I’m not saying they’re recording a new album there, just because they’ve done it three times before. They could be playing Tiddly Winks with longtime mixer-engineer Mike Fraser for all I know. But holy crap–it’s fun to ponder, am I right?”

You can read the rest of Newton‘s article and view the photos at The Georgia Straight.