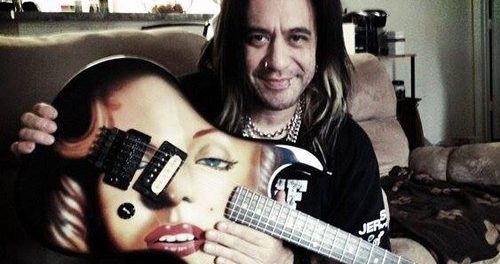 With Cinderella frontman Tom Keifer having already declared that Cinderella have been plagued with issues lasting more than a decade and that they agreed in 2012 that they would not get back together until those unresolved issues were resolved, guitarist Jeff LaBar delivered another blow to any possible Cinderella reunion with his announcement that he has enrolled in a two year culinary arts school program. 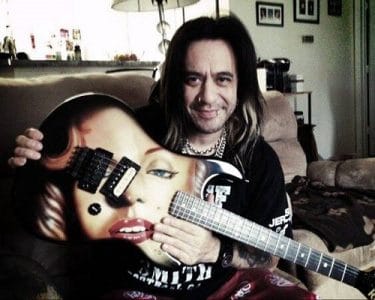 The following message was posted on LaBar‘s Facebook page:

“Thank you all for the positive comments & well wishes to me goin back to school, enrolling in the Art Institute of Tennessee’s culinary arts, associates program! I was hesitant to post anything about it, fearing a backlash from Cinderella fans who miss the band. I kept it to myself thru the enrollment process but now that it’s out there, the pressure’s on to succeed. Being a 2 year program, I won’t see a kitchen till October. For now it’s required gen ed classes, psychology of success & public speaking for me. LOL I really appreciate the support & hope to be cooking soon.
JL“

In August 2014, LaBar released his debut solo album entitled One For The Road. Sleaze Roxx stated in its review of One For The Road: “I’m sure most people view Tom Keifer as the mastermind behind platinum rockers Cinderella — and rightfully so, considering he was their principal songwriter. That’s why a Jeff LaBar solo offering was so intriguing, because we could finally hear what the guitarist was capable of in terms of composing songs and bringing them to life.

I really wasn’t sure what to expect, not only because we’ve never really been exposed to LaBar‘s songwriting until now but also due to never having heard him sing lead before. Thankfully One For The Road proves that LaBar is far more versatile than your typical ’80s metal shredder as the musician offers a short yet satisfying slab of hard rock. If you’re looking for the classic Cinderella glam rock sound, or even their later blues based influenced compositions, you may find One For The Road to be a disappointment because it doesn’t have much in common with any Cinderella era.”

Jeff LaBar “No Strings official video from the CD “One For The Road” in stores, or download on iTunes http://itunes.apple.com/album/id900525848 OR on Amazon…