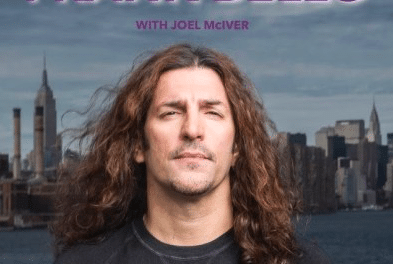 Anthrax bassist Frank Bello to release his autobiography in October 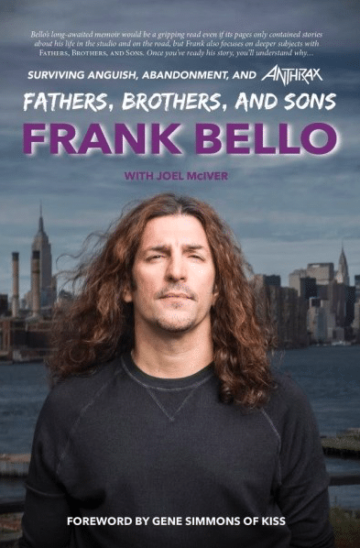 Anthrax‘s long-time bassist Frank Bello, who has appeared on all of the band’s releases since 1985, will be releasing his autobiography Fathers, Brothers, And Sons: Surviving Anguish, Abandonment, And Anthrax via the publisher Rare Bird in October 2021. Amazon indicates the release date as October 12, 2021.

Bello, bassist with the New York thrash metal band Anthrax since 1984, grew up in difficult circumstances. With his father absent, Frank found paternal inspiration in his musical heroes, following their example and forging a career with Anthrax from his early teens, first as a roadie, and then as the group’s bass player.

International stardom came Frank’s way by the mid-to-late Eighties, when he was still in his early twenties, but tragedy struck in 1996 when his brother Anthony was murdered in New York. Although the case went to trial, the suspected killer was released without charge after a witness, intimidated by violent elements, withdrew his testimony.

“This book has been a long time coming,” Bello says. “There’s a lot of important discussion about the themes of fatherhood, as well as the brotherhood I’ve experienced with my family, my band and the fans who have supported us all these years. I want you to know, though, that I also talk about the surreal, hilarious times I’ve had on my journey as a musician, from my early inspirations in Rush, Kiss and Iron Maiden until today. It’s been a crazy ride!”

A percentage of the book revenue is going to charities assisting abandoned families.

Signed hardcovers can be pre-ordered at https://rarebirdlit.com/fathers-brothers-and-sons…“