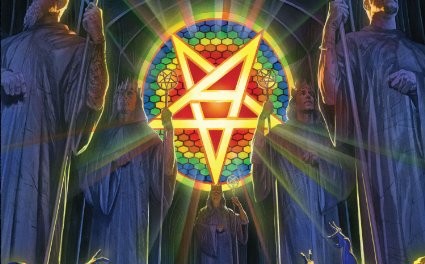 Big Four members Anthrax have released a preview video of their new song “Breathing Lightning” from their upcoming album For All Kings, which will be released on February 29, 2016. 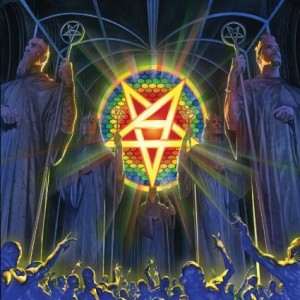 Anthrax drummer Charlie Benante comments, “‘Breathing Lightning’ is a song that I would call it more of an accessible song on the record.” Benante goes on to state, “It just came out that way. It’s just had this really nice pretty intro. And then it built into this song and it has a really catchy chorus.” He then concludes by stating, “I like this song a lot. I can probably see this song being in our setlist a lot.”

Rhythm guitarist Scott Ian states, “Lyrically, it was another song influenced by Stephen King. I hadn’t, I hadn’t been, I hadn’t been there in a while I feel like and Stephen King has been such a giant part of my life. His Dark Tower series — if I had to pick one thing that I love about  the most from him, it would have to be the Dark Tower books because there are seven books so I don’t have to choose one. The character Roland — it’s just something that stays with me a lot, this character from those books and uh, so I kind of re-entered that world again ’cause I wrote the ‘Gunslinger’ way back when on the Spreading The Disease record which was, which was based on that character and I decided to revisit it because metaphorically there are so many things you can use it for. But then I wrap it up in this giant ball of this Roland character from the Dark Tower series because I just love that world so much so I am kind of weaving in and out of reality and fantasy in that song. ‘Breathing Lightning’ is a metaphor for shooting.”