Anvil to release new album ‘Impact Is Imminent’ in May 2022 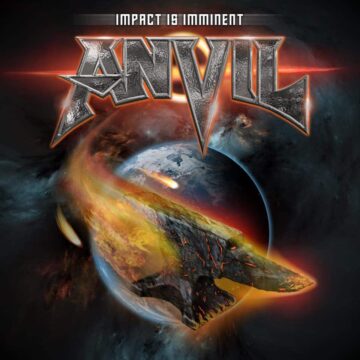 Sleaze Roxx stated the following in its review of Anvil‘s last studio album Legal At Last:

“Okay, so how about the material? Well, it’s Anvil, so once again, if you like what you’ve heard before, you’ll like this album. While the clever lyrics of “Glass House” and the awesome gang chorus of “Talking To The Wall” might win over someone on the fence, tracks like “Legal At Last” and “Chemtrails” are either going to preach to the choir of Anvil lovers or be fuel on the fire for those who hate the band. Anvil are often criticized for their blunt lyrics, and yeah, a lot of the lyrics are goofy. Legal At Last, an ode marijuana, is a song that is difficult to take seriously from a lyrical level. I don’t believe in “Chemtrails” because they are very easy to debunk, so the conspiratorial lyrics of that song come off as cheesy. And let’s be honest, this album cover is incredibly silly and Spinal Tap-esqe. So, if the silly lyrics of the band has put you off in the past, they’re still here, but I personally think there are some moments of lyrical excellence and good enough music to rise above any falters the band may have.

So, how does this rank compared to other Anvil albums? Well, it’s not their worst album. It’s not their best album. Probably high-mids in their overall catalog. So, it’s not going to blow you away and it’s not offering anything unexpected. It’s Anvil, doing what Anvil does, and doing it well.”