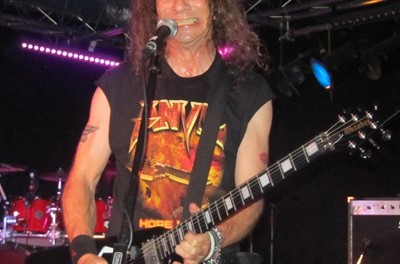 Anvil are the latest in a starting to be rather lengthy list of hard rock / heavy metal bands to launch a pledge campaign in order to raise funds for their latest album. 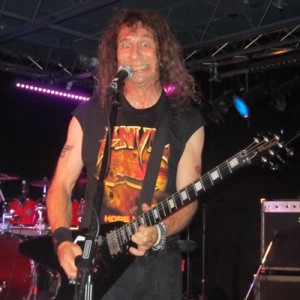 The Canadian rockers’ campaign on www.pledgemusic.com states: “After years of having record labels being in between the band and our fans, we’re finally at a point in our history to directly connect. We are proud to announce to our fans that they can keep in personal touch with the band and be directly involved in the process of creating the next Anvil album. This will be the first time that we’ve used a crowd-funding approach and we are fully confident in our fans to really pitch in and help. Considering that almost anyone aware of Anvil knows our long and sometimes brutal history, we’re hoping you would be honored to help and prove us right in our belief in you…and we promise another top notch Anvil recording that we can enjoy for many years into the future…”

Back in 2009, Anvil made history with their groundbreaking documentary, Anvil! The Story of Anvil, which included scenes of the band raising funds through one of the sisters of the band’s frontman Lips in order for the band to do its This Is Thirteen record. Since their independent release of This Is Thirteen, Anvil have released the studio records Juggernaut Of Justice and Hope In Hell and the compilation record Monument Of Metal via The End Records.

In November 2013, Lips spoke to Sleaze Roxx in an interview about the impact of Anvil! The Story Of Anvil: “…it changed everything, didn’t it? So, I would say it’s really pivotal (laughs).” Lips added “I don’t have a day job anymore. That’s about the biggest difference.”