Apocalyptic Lovers drummer David Hope was recently invited to participate in a fairly new segment called 2016 – Rock View by Decibel Geek and provided some strong views on the music industry. 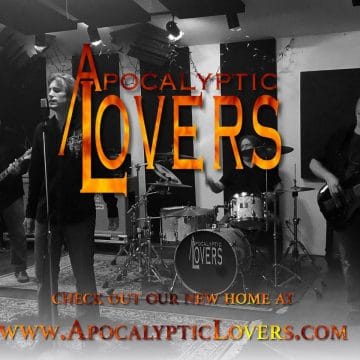 The following are excerpts from Hope‘s 2016 – Rock View segment for Decibel Geek:

“I wonder what we have done to the music industry and how in the hell are we as FANS and musicians going to fix it? There has always been the issue of piracy. Who hasn’t bought blank tapes or burned CDs of new tunes they loved so much? I’m guilty of it and I’m very sure anyone who reads this is too. The problem is, we (fans and artists/bands) have hit an all time low. The lack of fans actually purchasing full albums or singles while instead using monthly streaming services is killing us (musicians/bands). I have never in my lifetime seen more musicians working day jobs. Revenue streams for new and major recording artists are just not there anymore. Have you noticed how many major acts that should probably be retired from touring are all back out there? It’s not just for the love of the music, but because their royalty checks have become so small they need the touring money. My God, Joe fricking Perry dropped on stage performing live with the Hollywood Vampires a few months back. Joe looks great, but he is pushing 70 years old.

Another example I often use is Lady Ga Ga’s royalty check from Spotify. I read an article that warned everyone that streaming could kill off all new music and devastate revenue for once established bands. Many new bands and major recording artists use the same form of distribution these days, especially regarding digital distribution. Artists receive quarterly reports and payments from streaming services like Spotify and I can vouch that the numbers you are hearing about are true and are basically theft. Ga Ga has around 125 million streams of her albums and individual songs via Spotify, and her management company was presented a check from Spotify for no more than several hundred dollars. How can that be fair? 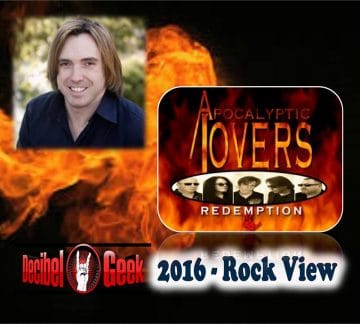 I still buy vinyl and once in a while some CDs, but the most convenient way to listen to music is on your phone these days. I have no problem with MP3s for the purpose of condensing space. I have no problem with purchasing and downloading full albums and/or singles (those royalties could also use some improvement). The main problem is the way artists and bands are being compensated by these streaming services and honestly, the easy fix is to stop using them for now.

I’m not saying to never stream again, but fans and musicians need to stop and force these money hungry companies to take note that they are stealing from these bands.

I believe streaming was meant for good and it is fun to discover new music that way too, but the model is broken and needs to be fixed. If fans would stop streaming for a month or up to 6 months and musicians/bands did not post any new music on these sites and pulled down their old tunes, companies like Spotify would have to listen.

If we can have these successful National Record Store days in the States, why couldn’t we start small and have National Black-Out Monthly Streaming Services day? Something tells me we would need a shorter and cooler name for marketing purposes.

As we head into 2017, please think of the bands, solo artists, roadies, techs (sound and lighting), producers, and all the other humans with families that you are taking money from by streaming and just STOP for now. I don’t think anyone has found the golden nugget to fix this and it’s about damn time that we all pulled together before its too late.

Bands and major touring artists will disappear. Who out there will be the next Stones, Pink Floyd, Iron Maiden or Bon Jovi? Artists that play, write, and record all their own stuff without autotune and all the Justin Bieber and Kanye bells and whistles?

As I head into 2017, this is a major concern on my mind because it affects so many lives that the casual fan never thinks of. How do we fix it? I have no idea, but there is no better time than now.”

You can read the rest of the article at Decibel Geek.

Sleaze Roxx had the opportunity to review Apocalyptic Lovers‘ debut album Redemption Volume I and stated: “Apolcalyptic Lovers proclaim themselves as playing “arena rock” and I got to agree with them in that regard. They do what they do quite well. What I’d like to see is [singer Rob] Kane take a grittier approach to his vocals which I think in turn would give a better contrast with the vocal harmonies provided by the rest of the band. I also think that guitarist Sean Magee‘s shackles should be undone because the guy can really play but seems to be held back during most of the songs. Magee has the potential to be what George Lynch was to Dokken but on Redemption Volume I, we only seemingly get a little sampling of what the man can do.”