American hard rockers Apocalyptic Lovers will be releasing a re-issue of their 2016 CD Redemption Volume I with a bonus track titled “Gasoline” and a brand new cover. 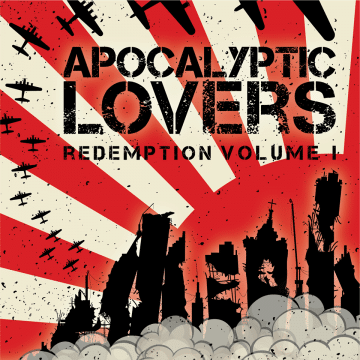 Want a FREE CD? Each ORDER of discounted Dokken tickets VIA OUR BAND WEBSITE – will get a CD when they arrive at the show for free! Must order through us before our tickets sell out and the offer expires.

Cheers and an unboxing video will be up in a couple weeks to view the full CD art!”

Sleaze Roxx stated the following in its review of Redemption Volume I: “Apocalyptic Lovers have delivered an album that will undoubtedly take you back to the glory days of the ’80s era where engaging melodies, soaring harmonies and great guitar riffs were the staples of your favorite songs. Seeing that producer and mixer extraordinaire Michael Wagener (Accept, Alice Cooper, Dokken, Extreme, Keel, Skid Row, Warrant and White Lion just to name a few) took care of the mixing for the album, it is not surprising that Apocalyptic Lovers‘ Redemption Volume I has a real retro feel to it.”