Buenos Aires, Argentina based glam rockers Gunner will apparently be releasing a new album entitled Live In Japan 2017 in the future. 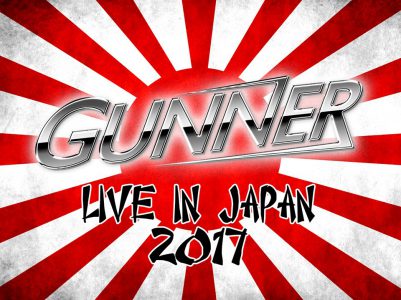 Gunner‘s “Biography” on their Facebook page states (with slight edits):

“Gunner was formed in the beginning of 2003 (under the name of Gunner Sixx), in Buenos Aires, Argentina. It all started when Rodrigo Bugallo (lead guitar) and Mariano Angiolili (ex drummer) decided to form a band with noticeable influences of 80’s hard rock. They asked Emmanuel Blandini (rhythm guitar) to play with them and after their first gig on May 2003, Hernan Mastrogiacomo (bass player) joined them as the band’s steady member.

On September of 2004, Juan Manuel Biott becomes Gunner Sixx‘s new singer (position that, together with leading guitar, was filled by Roxx up to the moment).

At the beginning of 2006, the band recorded a demo composed by seven songs of their own authorship. At the same time, German Calero joined the project to play drums and at the middle of that year the demo’s official presentation was released with many shows in Capital Federal to support it. By the end of that year, the band was invited to participate in the recording of a tribute album for Europe, which was edited worldwide, recording “Love Chaser” from The Final Countdown album. 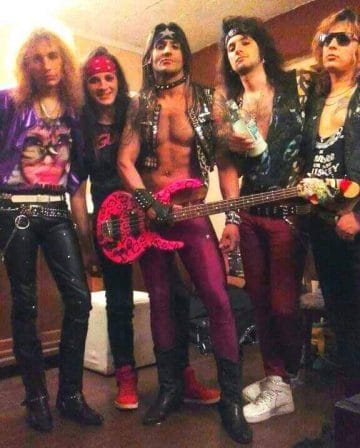 In 2007, the band continued promoting their demo playing at Buenos Aires’ under circuits, and came in number 17 at the bands’ contest “The Cavern Rock Festival” organized by “The Cavern Club Buenos Aires“. In August the band was broadcasted at “HardRockin’ 80s” Radio Station (Missouri, US) and in October, they became “The Band of the Month”. In mid-November, they entered the recording studio to work on an EP which would be a preview of their first CD. The EP was composed by four songs also of their own authorship. By the end of November, Juan Manuel left the band based on work reasons.

During most of 2008, the band tried out singers and, after a long search, Aaron Briglia became Gunner‘s new singer. In the middle of that year, Emmanuel left the band based on reasons unrelated to the band and in December, Hernan left the band as well, but for personal reasons.

In the beginning of 2009, the band received an offer from Retrospect Records to edit a CD in the US, part of Europe and Asia, which took them Synchro Records studios to record their first album. At the same time, they began an exhaustive search for a bassman. By the middle of the year and after listening to many candidates, the band picked Ruben Estrada as their new bassman. The band gave four live performances in Capital Federal to promote their new album and to introduce the new formation.

In early 2010, the band finishes mixing and mastering their first album and begins the search for a bass player.

In mid 2010, Gunner finishes recording ‘Desire‘ and Pablo Ansaldi takes the bass steadily, given the great chemitry among the band members, in what would be the starting point of a tour presenting their album around the city centre and the outter provinces of Buenos Aires.

In 2011, after being forced to change the band’s name due to legal claims from Mr. Nikki Sixx, the band starts planning shows throughout the city centre and both in and outside Argentina.”