AC/DC influenced Argentinian rockers 42 Decibel will be touring Europe for the very first time in July 2016. 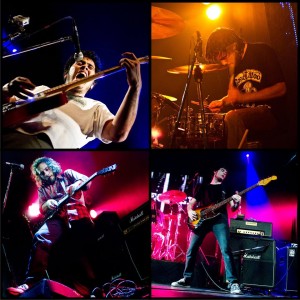 “42 Decibel announces their European 2016 tour! After their last year release of ”Rolling In Town” (SPV), the Argentinean rock band is headed for Europe for the first time, much to the delight of their fans.

Before leaving for the Old Continent, the band is giving a proper good-bye salute to their home land with a show at The Roxy Live on July 3rd, before heading to Spain. There, the band will play at Madrid, Valencia, Santander, Ourense and Vigo. The band will do two very special shows, one not for regular audiences, at the El Dueso Penitentiary, and an acoustic show at the Discos Cucos record shop, both in Santander.

Finally, the band is making their highly anticipated debut in Germany playing at the 2016 Stadfest, in Zweibrücken, ending the tour with a bang.” 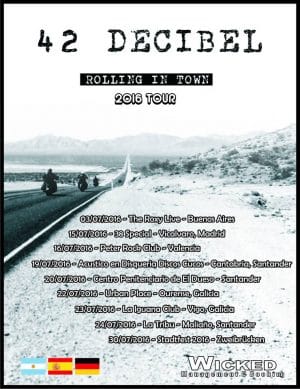