Argentinian rockers She-Ra release video for “A Más No Poder” 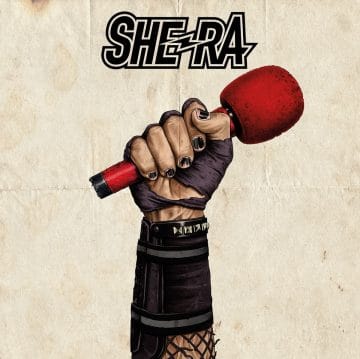 Buenos Aires, Argentina based rockers She-Ra have released a video for their song “A Más No Poder.”

Speaking exclusively with Sleaze Roxx, She-Ra guitarist Seba Sette provided a brief history of the band when he stated: “She-Ra is a rock and roll band born in 2001 in Buenos Aires, Argentina that went through some changes until arriving at its current formation. She-Ra has one of the most raw and fun shows in the city attracting all kinds of public. Our concerts reflect the celebration of a band created by five friends, with influences from the raw of original rock and roll to the great british rock of the ’70s, but without wasting everything that offers us this new millennium.

The band consists of Gonza on lead vocals, Gabby Star and myself on guitars, Eugene on bass and Leandro Ferreiro on drums. We have been lucky to play with New York Dolls at the Teatro Flores and Phil Lewis at The Roxy when they were visiting Argentina. A few years ago, we released our EP called Cabaret Show and in 2016, we released our first álbum called A Mas No Poder, which was also accompanied by the video clip of the song with the same name.”