Armageddon Roxx, the new project spearheaded by guitarist Sam Tamberelli, will be releasing its self-titled debut EP on January 17, 2017, which can be pre-ordered via the band’s Bandcamp page. 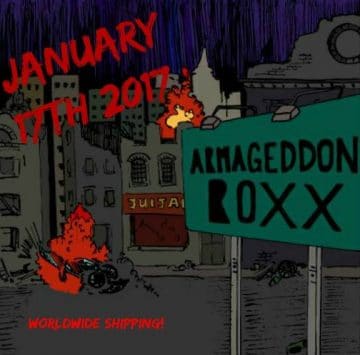