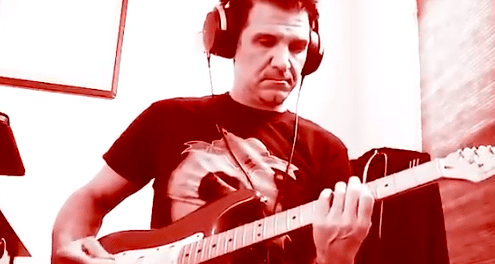 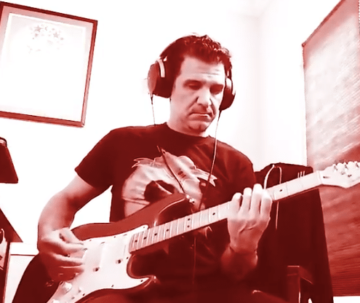 Bush was Anthrax‘s lead vocalist from 1992 to 2005 and again from 2009 to 2010. The two Anthrax members who were continuously in the band during that time period were guitarist Scott Ian and drummer Charlie Benante.

Bush and Benante recently reconnected for a lockdown version of “Packaged Rebellion” to which Bush commented:

“Yeah, it was a mutual friend of ours, he actually texted me to say; “it’s the anniversary of ‘Sound of White Noise’, it came out today, 28 years ago!”, and I didn’t even know! So I just texted Charlie and Scott, and I said something like; “Hey, I was told that this came out today, so hey, kudos to a cool record”. And then a couple of hours later, Charlie sent me this version that he did, and he was like; “do you want to sing on this?”, and I was like; “oh, wow!” At the time I had taken one of my kids to their sports practice, and I was sitting in my car in the parking lot, and I said; “okay, I’m into it, but I’m not home, and truthfully, I going to have to re-learn it, to some degree”, because ‘Packaged Rebellion’ was a song that we just didn’t play live – if we ever did, it was not more than a handful of times, ever. So once I did, I sent it to him, and he just posted it, and it was cool because during this lockdown, a lot of these kind of things were happening.”

With respect to how he enjoyed seeing the finished piece put together, Bush indicated: “It was cool because it was just him on guitar, and then me singing – no drums, nothing – and when you do things like that, you’re kind of a little naked out there. Recording something on a computer is not like the greatest quality in the world, and my set up is certainly not, but it was cool; it was raw, it was stripped down, and it was something that him and I just did. And me and Charlie, we had a lapse of time in communicating. I always knew that one day we’d talk; I just think we had to kind of get over it. He was the last guy that I really had any communication with in the band, and it was a bummer that that was the case because I really enjoyed hanging out with Charlie and always really respected his views on music. He’s an incredible musician, and I feel like we wrote a lot of rad songs together, so it was disappointing, but I think just time had to go by, and that’s the way it is. Some relationships just need some time, and it did, and now everything’s fine.”

You can read the rest of the interview with John Bush by Eamon O’Neill at eonmusic‘s website.