Artificial Agent release video for “Begging For Your Blood”

Michigan, USA rockers Artificial Agent have released a video for their song “Begging For Your Blood” from their new studio album Programmed To Destroy, which was released back in June 2017. 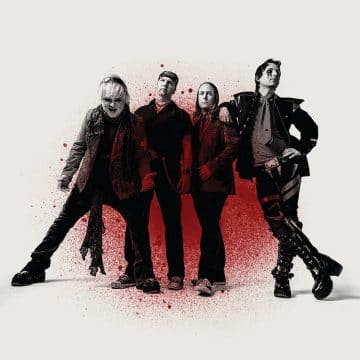 Sleaze Roxx stated the following in its review of Programmed To Destroy including the track “Begging For Your Blood”:

“The guitar seems to have this clanging modern-ish sound to it which mostly annoys me each time that I listen to Programmed To Destroy. It really detracts me from enjoying a lot of the songs on the record even though most are well crafted and have some good melodies. On their Facebook page, Artificial Agent describe themselves as combining old school (presumably KISS and Mötley Crüe) and new school (presumably Queen Of The Stone Age) influences together. Certainly at the start of the album, there’s just too much new school in the band’s sound for me to get into this album and want to listen to it on a regular basis. Call me old school if you will.

Perhaps the best example of the new school influences not working is on “Begging For Your Blood” with the clanging guitar sounds at times, the uninspiring chorus section and Derek Jendza‘s varying vocal pitches that annoy me more than anything else. Every time I hear that track, I think how annoying the overall sound is. But then I’m hit with “Attention Whore” where the new music influences seem to be much better incorporated and the song simply rocks. I suppose that Artificial Agent are on the border for me. They walk the fine line between old school hair metal and new school modern metal. Sometimes, they hit the nail on the head with a song like “Attention Whore.” Sometimes, they miss the mark completely with a track like “Begging For Your Blood.””