Artificial Agent to work on new album in 2016 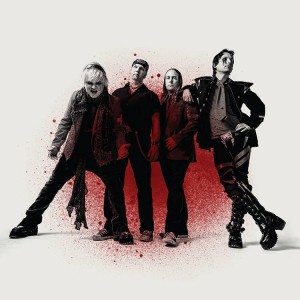 Michigan, USA based rockers Artificial Agent will be working on a new album in 2016 to follow up their albums Love Won’t Strangle Me (2011), Brain Grenade (2014) and Blood And Cuts (2015). Blood And Cuts is a remastered vinyl album that contains the best tracks from the Love Won’t Strangle Me and Brain Grenade releases, the latter both being available digitally and on compact disc. Blood And Cuts contains the following remastered just for vinyl songs “Another Day (Another Punch In The Face),” ” Dressed In Straw,” “Master Blaster” and the fan favorite “Turbo Slut.”

Speaking exclusively to Sleaze Roxx, Artificial Agent‘s lead vocalist Derek Jendza advised, “Yes. We are writing and recording a new album in 2016 and have some killer shows that will be announced soon. Our Blood and Cuts vinyl is selling great. But we are eager to get back in the studio to follow up Brain Grenade.”

Five days ago, the Lansing State Journal named Artificial Agent‘s Blood And Cuts as one of the top ten awesome Michigan band albums of 2015. The Lansing State Journal stated, “If you dig ’80s metal, then you’ll probably like Artificial Agent. A lot. The Detroit band brings together a sound that recalls a mix of Mötley Crüe and Queens of the Stone Age, with a larger-than-life stage show that fits the ’80s bill. The band just released their debut vinyl, “Blood and Cuts,” which is a best-of collection that rocks.”