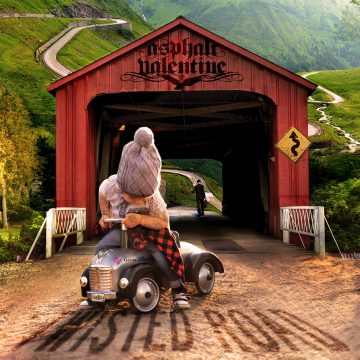 Sleaze Roxx stated the following in its review of Twisted Road: “These five guys from Atlanta, Georgia got their start in 2008 with their debut album Strip Rock Roll. Apparently, some of the music for Twisted Road was written as far back as 2015, but the band was put on hiatus. Singer Joe Flynt spent a brief period with Kickin Valentina before reforming Asphalt Valentine and developing this new album.

Twisted Road does not blaze new trails by any means. The title track sure shows the group’s stated influences from more modern bands like Buckcherry and The Last Vegas to ’70s and ’80s rockers like Aerosmith and Mötley Crüe. Frankly, I hear more of the former 2000s swagger rather than the early years of rock in their music.”