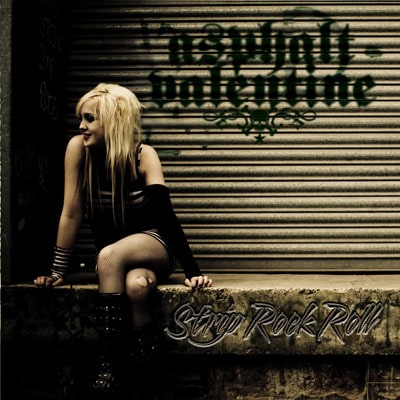 The long awaited debut Strip Rock Roll from Asphalt Valentine has finally been completed and was been sent for mastering. Dubbed ‘Strip Rock Democracy’, the project has undergone member changes, rewrites, re records, and other numerous delays. The band recently put the finishing touches on ‘SRR’ and the final mixdowns have been completed. SRR was sent to Alpine Sound for the mastering process.

Strip Rock Roll is set for a special release date of February 14th which coincides with their CD Release Party on the same evening. The official street date will be February 17th with pre order sales beginning on Monday January 26th. Further details on the CD Release Party and tour dates will be forthcoming.