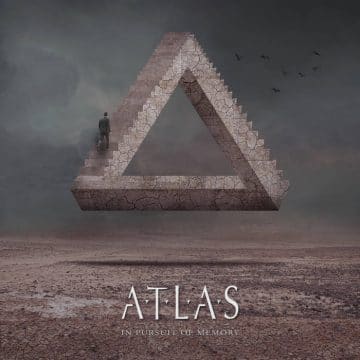 The group’s Bandcamp page states (with slight edits): “The end of 2017 found Atlas achieve three awards from AOR Underground, a feature of Powerplay Magazine: ‘Independent album of the year 2017’ for their release of the EP “World In Motion“, ‘Best newcomer of 2017’ and ‘Song of the year’ with “Lost In The Moment”. This momentum and growing social media following provided the stepping stone for the band’s next endeavor. With strong motivation and after almost a year of working together as a band, they were now eager to start collaborating on new material using the stronger aspects of their EP as a cornerstone.

The writing sessions for the debut album officially started in December 2017 and continued for about eight months. The band was given an opportunity in June to have a break from the album production when they were approached by UK melodic rock band Vega to open up for them and AOR Heaven rockers Midnite City in support of their latest album tour. Rob Evans of Powerplay Magazine had helped the band get in contact with Georg Siegl, the founder of AOR Heaven, and after discussions between the band and Siegl, a contract was drawn up. The album title, “In Pursuit Of Memory” reflects the nature and themes of the songs heard throughout the album. With a common theme throughout the album being self-reflection, healing and learning from mistakes one has made; with lyricists Thorley, Moss and Wells all penning at least one track centered on those themes.

The album was recorded and engineered by keyboard player James Thorley at his studio The Woodshed. Thorley also took on the role of the producer as he did on the band’s previous self released EP. Sam Millar of Bigfoot provided ‘guest vocals’ on the album as well; his vocal harmony contributions can be heard throughout most of the tracks and add a much desired AOR factor that the band often desire in their songs. Christoffer Borg (Taste, Art Nation) was chosen as the mixing and mastering engineer. Borg’s credits, which include Anthrax, Evergrey & Kee Marcello gave the group confidence that he would be able to do the variety of songs they had written the justice it sonically deserved.”

Atlas‘ “Breathe Me In” lyric video: