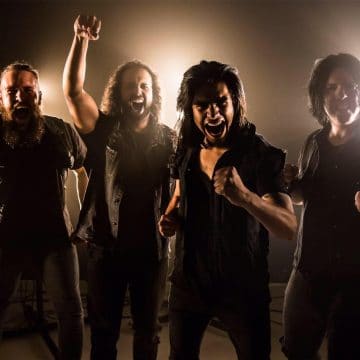 Melbourne, Australia based heavy metal rockers Elm Street have released a video for their song “Face The Reaper” from their studio album Knock ‘Em Out… With A Metal Fist.

With a minute long ambient intro, the band tear into a heavy metal frenzy proving their energetic brand of traditional metal and showcasing the newest addition to the band, Nick Ivkovic on bass guitar.

‘Face The Reaper’ will paint the path for the bands 2017 world tour kicking off in Australia during February 2017.

Full announcement including dates will be released soon.”

This song is taken from the album KNOCK EM OUT WITH A METAL FIST which you can get here:https://open.spotify.com/album/0cmsLSNWFdDF1T9nicVAUN( Full album on …