Melbourne, Australia based rockers Lady Crimson have lost both their drummer and guitarist, and are therefore looking to replace half of their band members. 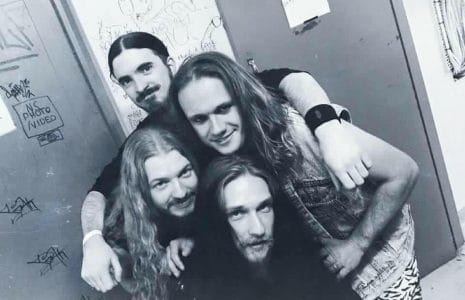 The following message was posted in part on Lady Crimson‘s Facebook page today:

Sadly the time has come where I am announcing my departure from Lady Crimson. This has come up for a couple of reasons, one being the distance between myself (in Melbourne) and the rest of the guys in Tassie making it quite hard for us to function as a normal band. We don’t get to hang out or rehearse as a band unless I’m down there for a gig and I feel that this slows down the progress for the entire band. In mentioning this to my bandmates we mutually agreed that this was accurate and that they’d benefit from finding someone local to join them behind the skins (Seriously, Tassie drummers, if you’re looking for one of the most fun bands to be in, get yourself into this band).

Of course I’m sad to be leaving Lady Crimson and I want to thank Kyle, Mags and Dan for some of the most fun gigs I’ve ever played, and it’s been a privilege to be a part of a band I watched from the very early days. I wish you guys all the best! Keep smashing it!

I’m unsure yet if I’ll be able to play a farewell gig due to a pretty hectic schedule over the next couple of months. But keep your eyes peeled for the next Crimson show, regardless. 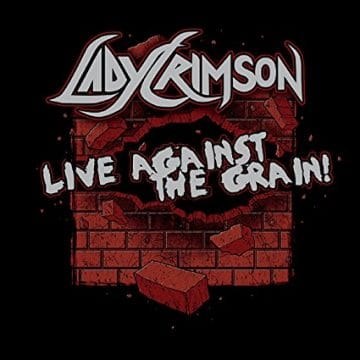 Thanks to everyone that has come out to a Crimson show during my time in the band. It’s been a blast playing to you all and I sincerely hope you’ve enjoyed watching us! I know there’s a whole lot of awesome new material coming from Lady Crimson just waiting to meet your earholes, so please continue to support this amazing band!

With the decision for Shelvo to take his leave from Crimson, Dan has also made the decision to take his leave and pursue other opportunities. As sad as we are in the fact that we’re losing two brothers, we’re very excited at the prospect of gaining some new blood and putting out some new tunes. We’ve already got a large portion of album number 2 written!

So if you’re a guitarist or a drummer and interested in auditioning for us, please, send a message to myself (Kyle), Josh or this band page!!! 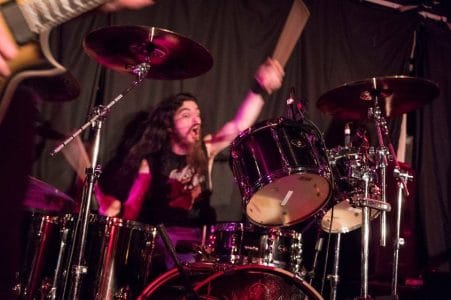 We look forward to seeing you all soon!

“Hailing from Tasmania, Australia, Lady Crimson are a four piece rock outfit based on ripping guitar riffs and high powered vocals. Though heavily inspired by rock and metal bands of the 80’s and early 90’s, Crimson do not find themselves slotting into just one genre.

The band prides themselves on high energy shows that entertain from start to finish without compromising the quality of their music. Lady Crimson endeavour to create an experience that neither your eyes nor ears will forget.

Re-formed back in 2009, founder Kyle Crimson once again joined forces with former Projection of Aggression band mates Josh Leslie and Ben Ashwood for the opportunity to support Melbourne heavy metal band Dreadnaught. After the success of these shows, the group decided to stick together and hired new blood on guitar, Danny Keith in early 2010 for a more complete, fuller sound. 2013 saw the departure of Ben, but saw the arrival of multiple revolving drummers who have answered the call to rock out behind the skins.

2014 The Crimson lads released their debut album, “Live Against The Grain” to positive reviews.

Sleaze Roxx stated the following in its review of Lady Crimson‘s Live Against The Grain! album: “Lady Crimson are definitely rough around the edges, as this Australian band is obviously more concerned with creating music than fiddling with a computer to achieve crystal clear production. That is partly what makes Live Against The Grain! such an ’80s throwback, both in sound and feel — and may also explain the album’s moniker. Just like Ratt circa 1983, Lady Crimson power forward with killer riffs and a unique and unconventional frontman. While the album as a whole isn’t a Ratt rip-off, the similarities between the two are very pronounced during “Take Me Screaming” — especially thanks to the crunchy guitars.”