Australia based Screaming Eagle, which is not to be confused with Northern Ireland rockers Screaming Eagles, have released their debut video for their song “Ride The Tiger.” 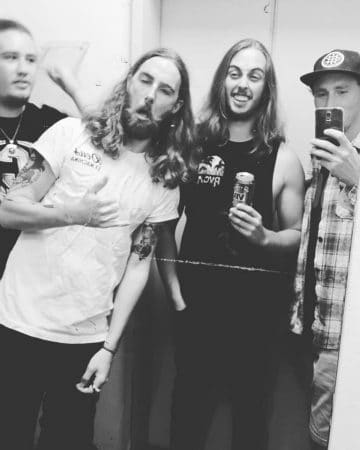 “Screaming Eagle are an energetic rock band from the Central Coast, captivating audiences at many venues and events with their enjoyable high-energy show.

Screaming Eagle‘s sound has been described as classic rock drawing on influences from a wide variety of respected artists some of which include, The Rolling Stones, Easybeats through to Bon Jovi, Whitesnake and The Screaming Jets. With the individual members of the band having much wider and diverse personal influences.

The band draws a strong crowd response with members Matt Piper and Nick Cronin being previous members of highly respected Central Coast band ‘No Pressure‘ as well as Nathan Downey and Angus Mitchell being in Room 13. As a collective the members have played alongside such greats as, Dave Gleeson (Screaming Jets), The Radiators, The Brewster Brothers (The Angels), Dragon and more.

Screaming Eagle are building a strong live following having performed at well over 150 events and shows varying between originals and a full selection of covers.”