Aussie rockers Roadkill have released a video for their new song “Ready For War” from their upcoming fourth full length album Extinct, which will be released in September 2016 via Melodicrock Records. 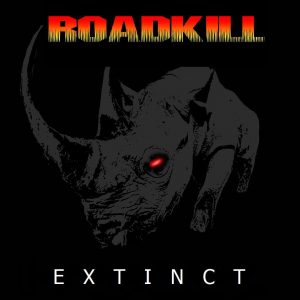 Roadkill‘s bio on their Facebook page states (with slight edits):

“Roadkill formed in 2006 – in response to a lack of genuine hard rock bands in Hobart!

Brett Collidge produced Roadkill‘s debut album, God Bless America which was released in November 2007. The band played numerous shows in 2008 in support of their debut album, including a tour in Sydney, Newcastle and Wollongong in June.

The second half of 2008 saw Roadkill come to a screaming halt, with two members being involved in two separate serious car accidents, while another member left due to health problems! The band were ‘off the road’ for two years and returned in February 2010, as a five piece unit. The band released their second album, Profanity & Innuendo, in 2012 which was produced by Michael Shelley and which included a new ‘bonus’ tune, “Rude Crude & Tattooed.” A third album titled Live 2015 was released the same year and all CDs can be purchased via Demon Doll Records.

A number of video clips can be seen @ YouTube.com – under Roadkill (Australia).”