Australian rockers The Menace have released their debut video for their song “The Way She Moves” from their album Off The Leash and which was conducted by TB Photography & Videography. 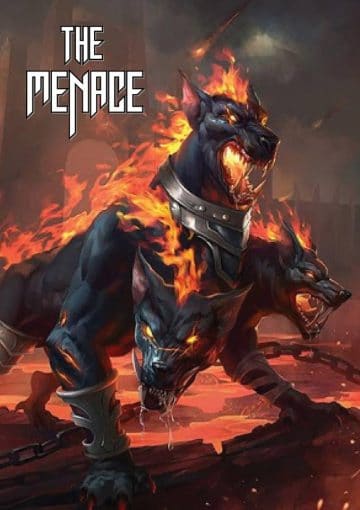 “Born out of Adelaide South Australia, The Menace are an original hard rocking power trio possessing a real passion for creating music.They have gained a reputation as an excellent live band that loves to party. Band members Scott Gordon (Guitar-Vocals), Brad Tsoumbris (Drums) and Stuart Gordon (Bass), deliver a sonic experience influenced by guitar driven 70’s and 80’s hard rock and traditional metal bands. The Menace have wasted no time in getting a full length album, “MY CITY,”under their belts and have received high rotation airplay from internet and local radio stations, with the distinction of finishing number 15 in 2014’s Top 100+1 countdown on Three D Radio and finishing in the top 5 to support Motley Crue and Alice Cooper in 2015.

The Menace have toured and gigged consistently throughout 2014/15 and are developing a solid following on the back of blistering live sets, with punters spending their “hard earned’ on c.ds and returning knowing all the songs..

The Menace look forward to continuing their creativity in 2016 with a kick drum full of new songs ready to record, a guitar case full of gigs booked and an “amped” up attitude. we’re ready to take anything on!”

The Menace‘s “The Way She Moves” video:

The Menace “The Way She Moves” (Official Music Video)

The Menace are an Adelaide based hard rock band with a great sound. Here is their debut video for their awesome song “The Way She Moves” Their new album “Off…