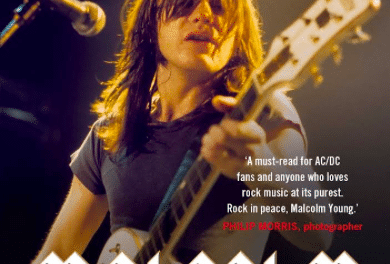 Author of book ‘Malcolm Young: The Man Who Made AC/DC’ hopes to reveal more than previously known

Jeff Apter, the author of the new book Malcolm Young: The Man Who Made AC/DC was recently interviewed by Denis Gray for the Australian Rock Show Podcast, coinciding with the book’s release earlier this week. 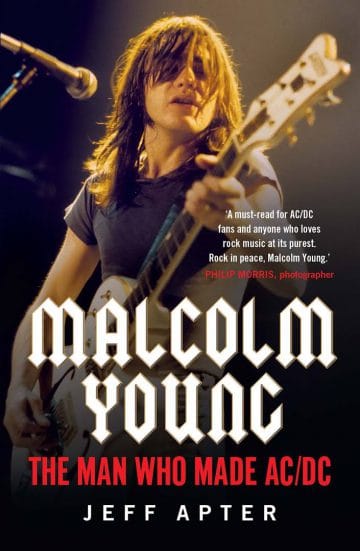 Apter advised (as transcribed by the Australian Rock Show Podcast): “My goal was to reveal two things: Malcolm‘s key role within AC/DC – you know the fact that he really was the driving force of the band and document a lot of those decisions and key decisions and key movements that he made – also just reveal as much I could possibly learn about the man himself and you know, if I get that middle ground between those two – and get it right, like I think I’ve done – hopefully I’ve revealed a lot more about Malcolm Young than was known beforehand.”

Speaking about the possibility of a new album and world tour by AC/DC, Apter replied “Yeah, it’s really interesting. I’m of the school that without Malcolm it feels a little bit odd – it just doesn’t quite feel like AC/DC. But at the same time I totally ‘get it’. Angus is now – he’s always been the focal point of the band but now Angus is really – he adopted I guess Malcolm‘s role as the driving force of the band, and Angus has never done anything else in his life. AC/DC has been his life since he was a teenager y’know and he’s now deep into his 60’s. I think his attitude is like that of say the [Rolling] Stones or the old bluesmen – y’know ‘why do I have to stop ? What’s forcing me to stop? If I can still play and still enjoy it and we still draw big crowds and we’re not embarrassing ourselves there’s no harm in doing what we’re doing’. There’s still a demand for it as their recent tours have shown – y’know hundreds of thousands of people are still coming to see AC/DC.”

Interview with Jeff Apter by the Australian Rock Show Podcast:

Please support our (free) podcast by subscribing to our channel: https://tinyurl.com/y39vfhhlThe author of more than twenty five books, Jeff Apter has just r…