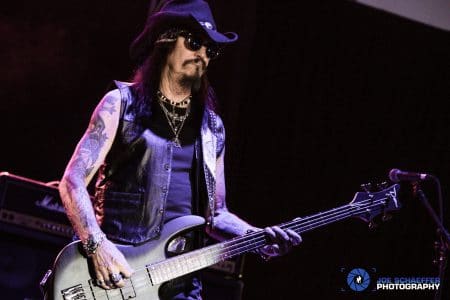 There have been some bad and good news from the Autograph camp of late. The bad news is that ong-time bassist Randy Rand was admitted to a hospital for a heart issue. The good news are that Rand was released from the hospital two days ago and was not admitted for a heart attack as has apparently been reported on some social media.

The following message was posted on Autograph‘s Facebook page yesterday:

“Contrary to what’s been surfacing on social media, Randy Rand was NOT hospitalized for heart attack. He was admitted into the hospital for an irregular heart rhythm or failure which was corrected. He was released from the hospital on Monday after some additional tests were administered. He is at home now and is doing fine. He just needs to rest up. The doctor has stated that a heart valve will eventually have to be replaced, but there’s no urgency.

He will be back out with us when we resume touring starting August 10th. Randy is really looking forward to these next shows, as we are as well!!

Thank you for all your well wishes. Randy and the band appreciates it!! See you all soon! – Steve Lynch“