Autograph have released a teaser video for their newest single, “Every Generation”. The single will be available for download on October 2, 2015 via iTunes, Amazon, and other avenues.

The band’s press release states (with slight edits): “This is our third single to be released this year with our new lineup. We released our first new single, “You Are Us, We Are You” back in January, and then in April came “I Lost My Mind in America.” We are very proud of the new music we are creating in this new chapter in Autograph‘s history, and hope you’ll all love this new song as much as we do. We continue to tour throughout 2015 and hope to see you all on the road! For more information and tour-dates, please visit AutographBand.com!” 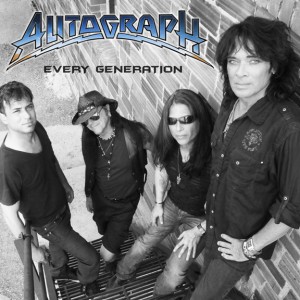 The group’s bio states: “Autograph left an everlasting imprint on rock ‘n’ roll. The platinum-selling Southern California hard rock juggernauts gave the world the ubiquitous hit “Turn Up the Radio”, seminal albums such as Sign In Please [1984], That’s The Stuff [1985], and Loud and Clear [1987] as well as unforgettable sold out shows alongside everybody from Mötley Crüe and Ronnie James Dio to Van Halen and Aerosmith. Given those accolades, when they disbanded in 1989, they never left the hearts and minds of millions of fans around the globe. Simply put, a reunion was both inevitable and essential.

In 2011, founding guitarist Steve Lynch and bassist Randy Rand decided to meet up at the NAMM show in Anaheim. They rekindled their friendship first, opening up the lines of communication and bonding more than ever before. With the relationship rebuilt, they made a collective decision to jam again. “We approached our original singer Steve Plunkett about a reunion,” recalls Lynch. ” He didn’t have the time to join the band again due to how busy his business is. He did give us his blessing to move forward though, and that was important. We missed our fans. This is for them.” 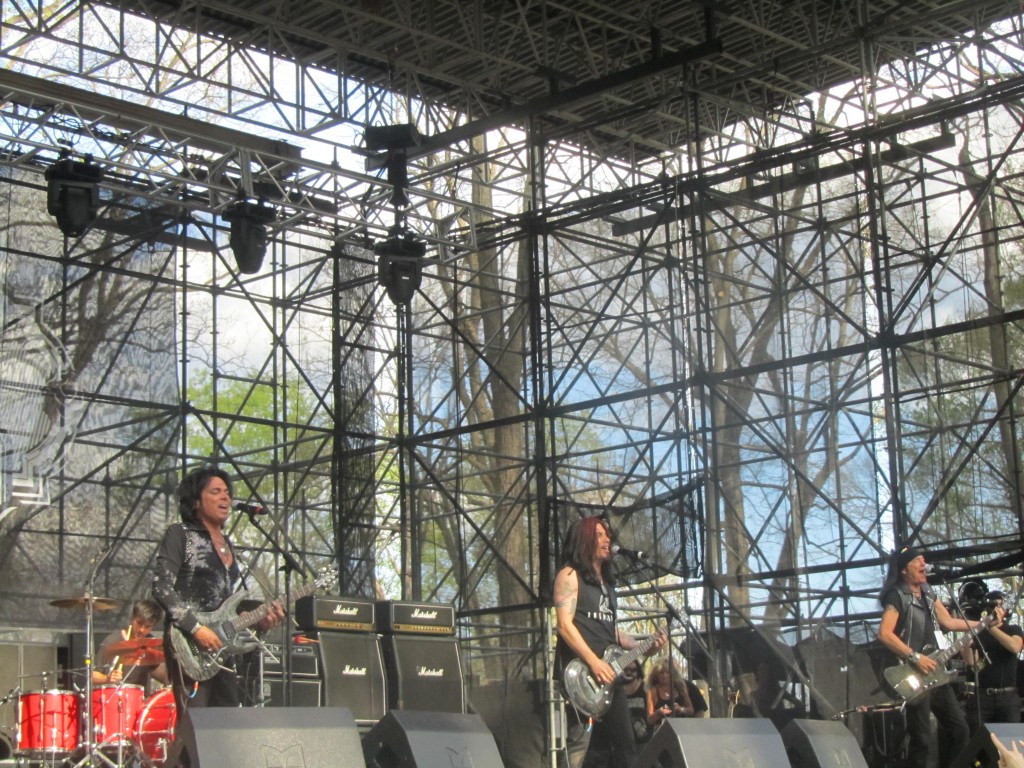 Fully embracing the future, the remaining members caught some videos of singer/guitarist Simon Daniels of Jailhouse on YouTube. Instantly, they sensed a connection and knew that he was meant for the open spot in the center stage. “He has big shoes to fill,” smiles Rand. “Nevertheless, he was born to front Autograph. His hard-edged, bluesy voice and massive riffing sharpen our edge. He’s given us a new energy, and he impressed us immediately.” “We all had a euphoric feeling after the first rehearsal,” Lynch adds. “These songs hadn’t been played in 25 years, and it was indescribable. It was great to be making music with my friends again.”

With the lineup solidified, Autograph stand poised to shake Rock ‘n’ Roll up yet again. It’s as if every element has been enhanced from the guitars to the bass and vocals as well as drums with the addition of drummer Marc Wieland. Lynch puts it best, “We’re much heavier than before. We’re not using keyboards and we’re tuning down for a much fatter sound. That strengthens everything. At the same time, the melodic vocals and catchy hooks are still an integral part of our sound.”

Successfully touring again since the beginning of 2014, Autograph has strived and shined at theaters, casinos, various venues and major Festivals as M3, Monsters of Rock Cruise, The Moondance Jam, Firefest, The Halfway Jam among others reaching the four corners of the USA along with Canada and the UK as well as releasing two new anthem singles with one of them “I Lost My Mind In America” making the top 10 iTunes Charts and a crowd favorite ” You Are Us, We Are You” receiving great reviews and airplay as well. The band delivers an undeniably bombastic live performance and was featured recently in the USA Today news website. A new EP is due to be released soon as the timeless classic rock anthem top 40 hit single “Turn up the Radio” continues to receive constant and permanent radio airplay in all major rock radio stations around the world.”