Autograph frontman Simon Daniels was recently interviewed by Andrew DiCecco for Vinyl Writer Music. From 1993 to 1998, Daniels was the singer in a band called Flood that ended up self-releasing its self-titled album in 1997.

In terms of how he navigated the ’90s with its difficult musical landscape for the “hair metal” genre, Daniels indicated: 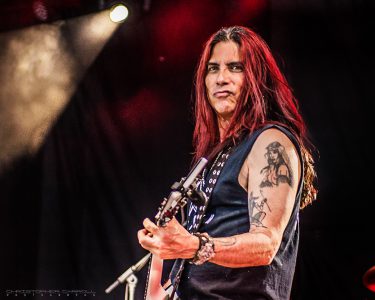 “I found in myself what I liked about it, and I changed my name, cut my hair, and reinvented myself. I dug inside of me for a little more substance in music. Went to the store, bought a keyboard, bought drums, bought a bass. I’m a guitar player, too, so I’m always playing guitar. At that time, I started getting into Stone Temple Pilots, and I started getting into Alice In Chains. I didn’t rebel like most 80s rockers. I never liked bands liked Pearl Jam; the real sloppy, whining kind of thing I never liked. Even though I respect Nirvana tremendously, I never wanted to be that. Other bands, like Stone Temple Pilots, Alice In Chains – even the girl singers at the time I really liked, like Alanis Morrissette – I started getting into that kind of stuff, and then I formed a band called Flood.

We got with this producer, Bob Marlette, who ended up doing a lot of stuff, and we were signed to Interscope Records. We had this incredible album and we were signed from ’93-’98, and the record was remastered, this and that. Then two weeks before the record was supposed to come out, an executive decided that – we were signed by the guy that signed No Doubt, so we thought we had pretty good clout with him – but there was a superior guy who one day went to Interscope about a month before the record was supposed to come out. He said, “Look, I want to drop all of the bands I personally didn’t sign. Otherwise, I’m gonna go to Hollywood Records.” And there was a big scandal there.

So, they paid us some money to compensate for it and gave us the masters, and it was an album that we owned the rights to, but once you’re on the label for 4-5 years and the label lets you go, for whatever reason they let you go – we tried to get other labels to do it – but at that point, once again, you start having conflicts with members of the band. Half the band wanted to go full-on Grunge, and I started going more to the Marilyn Manson, Nine Inch Nails vibe; I wanted to be more flashy; I wanted to deliver something a little more not so down-to-earth. More of a goth direction than the flannel shirt, I-am-a-bum-in-the-street kind of thing. 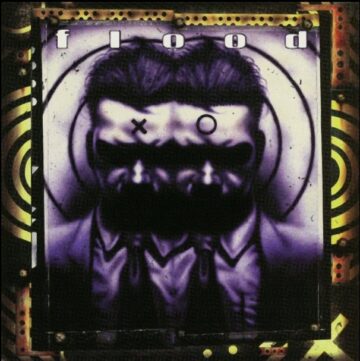 All this was confusing because that’s when I got into Prince. I always liked Prince, but I became obsessed with Prince for some reason in that era. He played all the instruments on his album, and he sang everything, and he did everything. I was very fascinated with the independence. I was getting tired of relying on band members. I was kind of getting fed up, always having to run everything through other people. I always had a natural ability to play other instruments, so I just locked myself inside of my apartment for a year. I went from instrument to instrument and taught myself and jammed. I started writing like crazy and really going into my emotions. The more I did it, the more I found out that I have it.

So, even though I was in Flood and waiting for a record to be released, in the back of my mind, I knew that anything could happen; nothing is guaranteed. They promised us at Interscope, “You guys are going to be so sick of touring. You guys are gonna do this. You guys are gonna do that.” We had a tour with White Zombie booked two weeks before they dropped us, so I was right. They were asking me in the band, “Why do you play drums? Why are you listening to Prince?” And I said, “Because I just want to improve my skills.” They said, “Our record is gonna come out!” I said, “Guys, I don’t want to jinx anything, but if I’m gonna be a musician, I better be the best thing I can be.”

I can only count on myself, really. And then exactly what I was trying to defend myself against happened. That’s when I went and recorded an album called Human Being, which I played everything; the same thing that Prince did. I even put it on the album; produced, arranged, performed, written by Simon Daniels. It was an effort that I did on an 8-track digital machine; there were no pro tools or anything. I had a guy who had a digital 8-track at home, and he said, “I’ll go and record you.” So, I went there and pretty much played everything.

At that point, that was 1999 or around 2000; I created a band and did a lot of solo stuff. I pretty much did that until I got some guys that I started liking better, then I changed the name of the band so everybody would feel included, instead of the Simon Daniels Band. We called it First-Round Knockout. It was 1RKO, the initials.”

You can read the rest of the interview with Simon Daniels at Vinyl Writer Music‘s website.

Flood‘s “Way To My World” single: