Autograph will apparently be continuing without bassist Randy Rand who passed away in late April 2022. Rand was the lone original member still playing with Autograph at the time of his passing. Shortly after Rand had passed away, guitarist Steve Lynch, who left the band in July 2019, announced that the bassist’s death marked the end of the group and its legacy. Sleaze Roxx does not know whether anything has been worked out between Autograph and Lynch with respect to the latter’s wishes 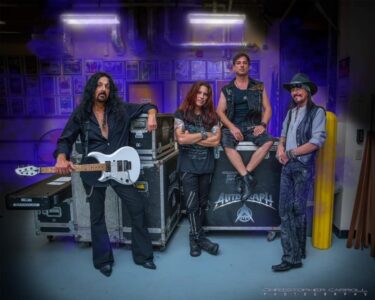 about the continuation of the band or whether Lynch has changed his position. Presumably, Autograph will continue with frontman Simon Daniels, guitarist Jimi Bell and drummer Marc Wieland along with a new bassist.

• A huge thanks to Alice Cooper for adding our single “Get off your ass” to his countdown radio show and announcing our new upcoming album!

• New music video being filmed soon in June! (The 3rd Autograph video to be directed by Paul Gervasi) Video and single arriving in July & Aug!

• Tour dates! New shows keep getting added to a long list of upcoming dates. Visit AutographBand.com for all the tour dates!

Long live the legacy of Randy Rand and the Autograph family! Thank you for all of your incredible support! Turn it up!”