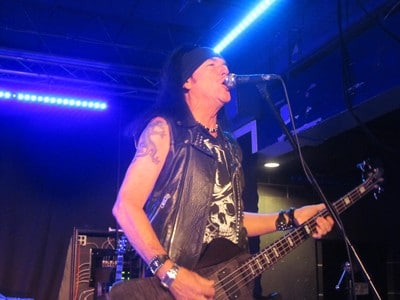 After the shock announcement yesterday from guitarist Steve Lynch that he was leaving Autograph to pursue other musical endeavours, lone remaining band member / bassist Randy Rand has announced that Autograph will find a replacement for Lynch and forge ahead.

The following message was posted on Rand‘s Facebook page yesterday:

“Hey all of our Autograph family and Friends!!! Our brother Steve Lynch has decided to move on to other musical endeavors and we wish him the best in all things!!!!!!!!

Me, Simon and Marc have decided to carry on, we have a couple people in mind already!!!!! So onward and upward!!!’ Long Live Rock and Rock!!!! See ya on the road at all of the upcoming shows!!! Turn it up!!!”

Rand has been in Autograph since day one from 1983 to 1989 and again from 2013 onwards. Singer / rhythm guitarist Simon Daniels joined the band in 2013 when Lynch and Rand decided to reform the group without original lead vocalist Steve Plunkett. Drummer Marc Weiland joined Autograph in 2014 replacing original drummer Keni Richards (who later passed away after apparently being murdered in 2017).