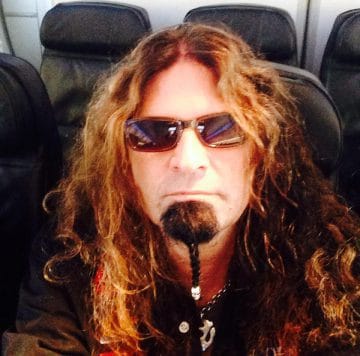 The release of the track “Street Urchin” has been in the making for some time now. In an interview with Legendary Rock Interviews in December 2014, Millar advised: “Automan lives. It’s just not active on a tour circuit at the moment. The band is intact member wise and the music on iTunes, Facebook, Twitter and YouTube sites are all active. I’m back on the kit full time right now and really zoned into it. I don’t want to do both but I may do a few shows with Automan in 2015. And there is a new track I want to release to radio as well. It’s called ‘Street Urchin’.”

In a later interview with All That Shreds in May 2017 (with slight edits), Millar indicated: “Automan is my pride and joy and a big achievement to step out from behind the kit and be the frontman. Love the guys in the band. Carleton Lockhart and myself wrote all the Automan songs and I’m proud of all the tracks. Another life long goal to be a singer/songwriter. The band is back touring again now after a 4 year lay off. Same line up since 2004. Yes I could see new music coming once again. There is one track that will be released in the near future. It’s called ‘Street Urchin’. All Rights Reserved Unkledunk Records 2017.”

Controversial lyrics in this new song are really to raise awareness to the on going homeless, mental illness and drug addiction problems cities of today face…