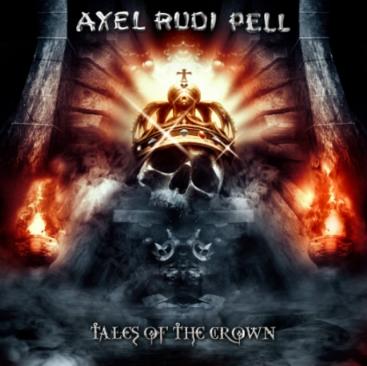 AXEL RUDI PELL TO RELEASE ‘TALES OF THE CROWN’ ON OCTOBER 24TH:

An SPV press release states that with an impressive seventeen releases in 19 years, the Axel Rudi Pell Band counts among the most consistent, lasting and creative acts in the whole of Europe. Very few German guitarists can point to as long and successful a career as the musician from Bochum, whose unmistakable signature marks not only his characteristic guitar style, but also his compositional skills.

27 October 2008 (Germany: 24 October 2008) will see the arrival of his eighteenth offering, Tales Of The Crown, a haunting studio album featuring ten brand-new compositions. “Our fans will get just the kind of songs they have come to know and expect from me and my band,” says Pell, adding, “plus a few little innovations.” Axel Rudi Pell is referring to the contemporary touch which some of his latest tracks feature, mainly in terms of rhythm. “But don’t worry, these modern approaches are only gradual and don’t affect the typical flair of my songs.”

All those who were disappointed that the Axel Rudi Pell Band couldn’t make this year’s Wacken Open Air festival (vocalist Johnny Gioeli was unavailable due to commitments in the US) can look forward to their next tour in January/February 2009 – detailed concert dates to follow soon – and make a note in their diaries of the 20th anniversary W:O:A 2009, for which the band has already been confirmed.