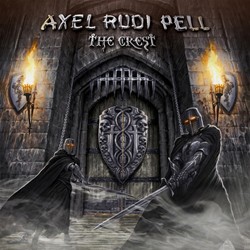 Axel Rudi Pell To Release ‘The Crest’ On April 26th

“This is definately our Masterpiece so far, it has everything to become a real classic in the long ARP history! A record packed with energy and emotions! In a few weeks we will put one complete track on this site for your listening pleasure, so stay tuned!”

Axel and the band will start their next tour in May. “We will split the tour in different sections, so the dates for MAY are only the first part. We will definately do more shows in the fall around October and a few summer dates as well”! Watch the Tourdates section at www.axel-rudi-pell.de for more info!