Babylon A.D.‘s debut self-titled album, which was first released via Arista Records in September 1989, has been reissued by Bad Reputation Records with seven bonus tracks. You can purchase the reissued album directly from Bad Reputation‘s website. 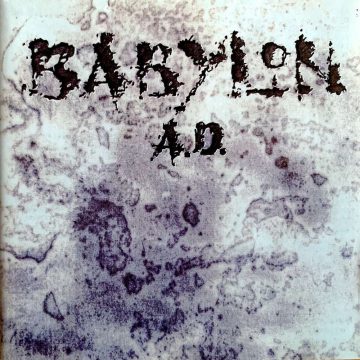 In an interview with Sleaze Roxx back in November 2017, Babylon A.D. frontman Derek Davis was asked how come the Persuaders songs from the band’s original demo didn’t make it onto the debut album to which he replied:

“It was all Arista Records. It was funny because we got signed on those original songs. Then they’re not good enough. Next thing you know the 25 songs we had are gone. These are good, but we want you to write better songs. In comes the guy from Jersey, Jack Ponti. We wrote “Bang [Go The Bells],” “Maryanne,” “Shot O’ Love.” They liked that batch. The stuff John and I wrote was pushed aside. Pretty soon, John’s not getting credit. He got credit on one song. Babylon A.D. was John’s band. He started it. It was his vehicle and suddenly he’s sour about the music business. He suggested we get Dan, “He’ll fill my shoes.” Then it comes full circle, Dan leaves. What’s funny, Dan said, ”Maybe you can get John.” Then we thought maybe he doesn’t want to. That was scary. Getting someone totally new, but John jumped at the idea. It was easy.”