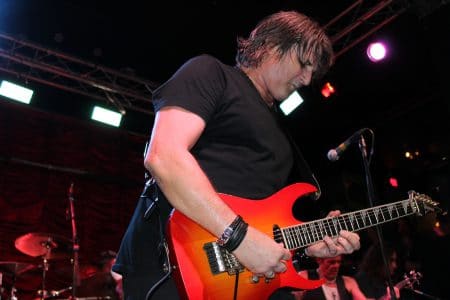 Babylon A.D. made the following announcement via their Facebook page with the poster below that states, “Yes we’re back, 100% original” with photos of the five original members.

There had been a number of line-up changes in the last few years including guitarist Danny De La Rosa getting replaced by original guitarist John Matthews in March 2017, bassist Robb Reid getting replaced by Eric Pacheco in July 2018, and Freschi‘s substitute consisting of Marc “Spyder” Webb in July 2019. Webb didn’t last long as guitarist Nick Hernandez took his spot about three months later. Sadly, bassist Eric Pacheco passed away at the age of 53 on December 6, 2020.

Matthews is credited as the guitarist on Babylon A.D.‘s In The Beginning…, which was released in 2006 and consisted of the band’s early demos prior to the release of their debut album Babylon A.D. in 1989. 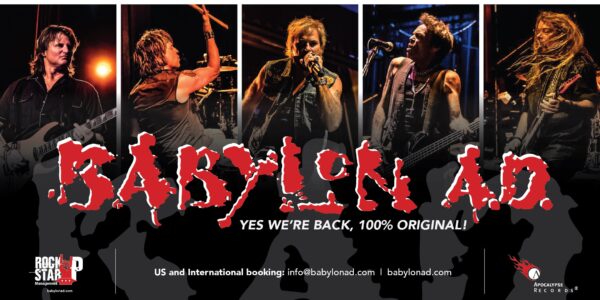