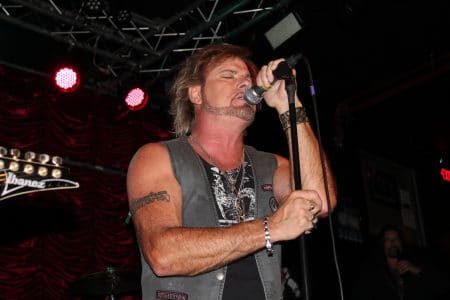 Davis was asked what has been the highlight of his music career so far to which he replied:

“Like any young man’s musical dream, it has to be getting my first record deal. Being personally signed by Clive Davis was my goal, and it happened, so that’s always gonna be the highlight that put me on the musical ride.”

In terms of how his love for the blues developed over the years, Davis advised:

“I really started to get into the blues late in my career, alto I grew up loving old school 60s, 70s soul, and I found myself transitioning over into liking the old delta blues slide guitar players like Son House, Elmore James, and Muddy Waters. I just really dug their vocals and guitar playing and I began playing slide more often, not that I’m any good at it, but I have fun trying. I’ve been playing guitar since I was 15, so its always fun stepping out of the box.”

You can read the rest of the interview with Derek Davis at Indie Pulse Music‘s website.

Mississippi Mud is a swamp, blues rock anthem with a great story about the the power of the great Muddy Waters and his effect on new blues artists. https://d…