Babylon Shakes consisting of frontman Chris Clark, drummer Jeff Mortimer and guitarist Gary Jordan have just announced their replacement for bassist Dave Elmore who has not been in the band for a number of months. Chris Herninko is now handling the bass duties for Babylon Shakes. 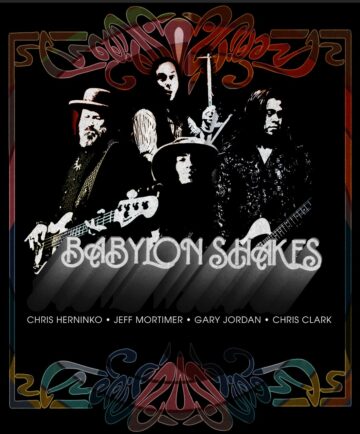 So much going on now with the Babylon camp so here is the full scoop on everything:

First and foremost we would like to officially welcome bassist Chris Herninko to the family.

Chris is a skilled musician from the Philly area and is steeped in the blues, Faces, Stones and all that vintage rock n roll goodness that makes us dream big. He made his debut with the band last Saturday night in Fredericksburg, VA.

Our next digital single is going to be “Drink My Wine” which we are wrapping up mixing and mastering this week. We also filmed a video to go along with this release so more details on that as they develop.

Many thanks to our friends at KC’s Music Alley in Fredericksburg, VA, Crystal Visions from Richmond, VA, Norman Voss and the incredible Christopher Carroll. Video and photos are on the way.

Dates for summer and fall are piling up and below are the latest and greatest: