Babylon Shakes announce they’re back and here to stay

Back in July 2019, the Babylon Shakes band members consisting of lead vocalist / guitarist Chris Clark, drummer Jeff Mortimer, guitarist Gary Jordan and bassist Dave Elmore made the surprise announcement that they would only be forging ahead as The Blouse Brothers when they had previously been playing in both bands. 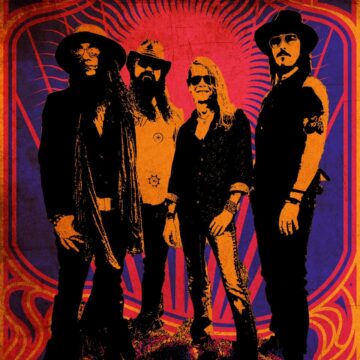 The great news today is that Babylon Shakes are now back. The following message was posted on Babylon Shakes‘ Facebook page earlier today:

Back in March 2019, Babylon Shakes had the unenviable task of closing Day One of the Rocklanta Festival in Atlanta, Georgia, USA and playing immediately after Sweden’s Hardcore Superstar had just performed but they did quite well as Sleaze Roxx stated in its review:

“I will go on a limb and say that no band at Rocklanta wanted to play right after Hardcore Superstar but unfortunately, someone had to and that turned out to be Babylon Shakes. From what I was told at the end of Day One, some bands had requested to play certain time slots so accommodations had to be made in that regard. I suspect that FireHouse requested an early time slot since they were playing in Charlotte, North Carolina the next night. In any case, the Center Stage venue emptied out after Hardcore Superstar‘s set and for a while, I was really worried about how many people would be staying to see Babylon Shakes who had just released their debut full-length album Exile To The Velveteen Lounge. I have been a big fan of the band’s frontman for some time as Chris Clark fronted 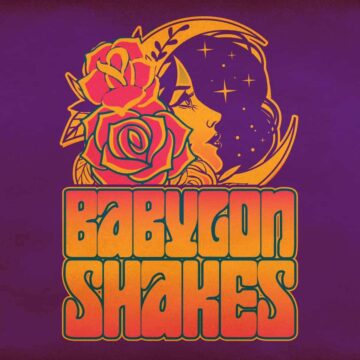 the harder edged Last Call Messiahs before that group disbanded and he founded Babylon Shakes. Considering that I don’t travel down to the States to attend concerts that much, this would be my third time seeing Clark perform in a live setting and my second time seeing Babylon Shakes.

The vintage sleaze rockers were now a four-piece band having recently added Dave Elmore on the bass with Gary Jordanswitching from bass to rhythm guitar. By the time that Babylon Shakes hit the stage, a number of concert attendees had returned near the stage. Babylon Shakes came out swinging and playing their songs at a much faster pace than what can be heard on their debut EP and full-length album. They were all moving around quite a bit and frankly, I thought that they did a great job in a very tough situation. The extra band member gave the songs a thicker less retro sound and I really liked the tracks being sped up a tad. It kind of reminded me of KISS with their first six studio albums where the songs on those albums were played at a slower pace than what can be heard on Alive! and Alive II. Even though I was still on my Hardcore Superstar high, I really enjoyed Babylon Shakes‘ set and was sad to see their set end after only eight songs. They are definitely a band to watch out for in the future and since they were able to survive and really successfully follow Hardcore Superstar at a rock festival, they seemingly can achieve just about anything that they set their sights on.”