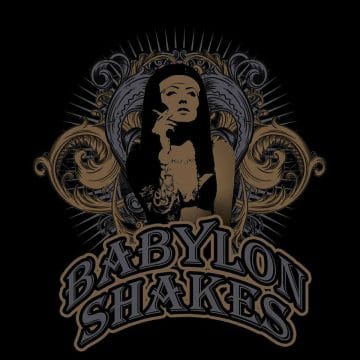 With respect to the differences between Last Call Messiahs and Babylon Shakes, Clark recently spoke to Sleaze Roxx and advised: “Babylon Shakes is much more trashy, bluesy, punk, funk rock n’ roll. It’s more organic and less metal. Its all me, completely uncompromised and straight from the heart. I got really inspired again hanging out in Hollywood last year and hearing some darker early ’80s stuff like Motorcycle Boy, The Joneses and X. My walls at home are covered with pictures of early Aerosmith, Hanoi Rocks and Guns N’ Roses. When I play guitar, it’s much more Steve Jones than Steve Vai. I felt like it was time to do something from my own perspective and my own point of view as an artist and not compromise that through collaboration with three or four other people. In a band setting, it’s easy to try and hear the finished product when you are writing, so you anticipate how the song could get changed or the arrangement switched around based on everyone else. So for this project, i just wanted to hear my ideas from start to finish.”

Babylon Shakes will be making their live debut at Sleazy Slimey Series – Holiday 6 Pack hosted by Brad Lee Entertainment at the Cancun Cantina in Hanover, Maryland, USA on December 10, 2017.