American sleaze rockers Babylon Shakes have released their debut video for their song “Velveteen Libertine.” The group has also released two songs (“Velveteen Libertine” and “Silver Tongue Devil”) as part of the Velveteen Libertine Deluxe Single, which is available for purchase via Bandcamp. The two tracks will be part of a five song EP that the group plans on releasing in May 2018. 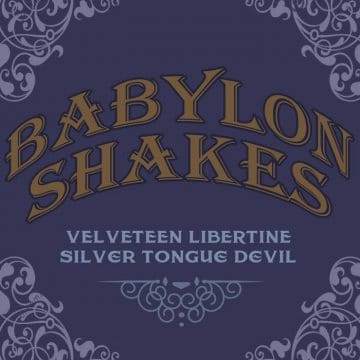 The caption for the YouTube video (see below) states: “First official video release from Virginia’s own vintage sleaze upstarts, Babylon Shakes. This trio is comprised of Chris Clark– guitar and lead vocals, Gary Jordan– bass and vocals and Jeff Mortimer– drums, percussion and vocals. Directed by Robert Huotari and starring Amanda Miller. For more information please check us out at babylonshakes.com.”

The caption for Babylon Shakes‘ Bandcamp page states: “This is our first single release from a forthcoming 5 song EP that will be available in early May 2018. Thank you for supporting independent artists and original music!”

Babylon Shakes‘ “Biography” on their Facebook page states: “Lead vocalist and guitarist Chris Clark is no stranger to sleaze rock. As the songwriter and frontman for bands like Smashed Alley and Last Call Messiahs, he delivers catchy, dirty rock n roll songs with a distinct Hollywood rasp. Babylon Shakes rhythm section includes veteran musicians Gary Jordan and “Morty” Jeff Mortimer. Each with over 30 years of experience touring, recording, and performing live. Make no mistake despite the extensive experience, they haven’t slowed down one bit since they began playing music at an early age. They each still play with a chip on their shoulder with much still to prove, feeling energetic and ready to Rock! These two have rocked the stage together countless times with bands such as Kage, Bought by Blood, and most recently Last Night’s Villain. Their dedication to their musicianship and stage show is as entertaining as it is musically euphoric to the audience.”