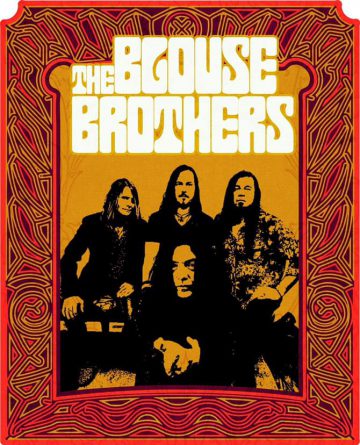 Speaking exclusively to Sleaze Roxx, Clark advised: “We basically started jamming on acoustic guitars for fun, playing Stones and Eagles songs and we had such a great time we began writing original material. We started experimenting with open tunings, extra percussion and vocal harmonies and really liked what we were creating. This new material is heavily influenced by the Stones, Faces, Allman Brothers, The Eagles and Gram Parsons. A mix of blues, rock and country soul.”

The Blouse Brothers‘ “Biography” on their Facebook page states: