After what turned out to be a roughly year and a half hiatus, Babylon Shakes consisting of lead vocalist / guitarist Chris Clark, drummer Jeff Mortimer, guitarist Gary Jordan and bassist Dave Elmore will be releasing a new digital single titled “Seven Sisters Seven Moons” on February 19, 2021. 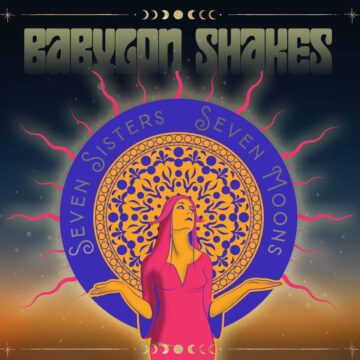 Sleaze Roxx stated the following in its review of Babylon Shakes‘ debut EP Exile To The Velveteen Lounge Vol. I:

“At the end of the day, Babylon Shakes‘ debut EP reminds me a lot of what Greta Van Fleet are doing in terms of sound. Greta Van Fleet have become a seemingly overnight sensation with their very Led Zeppelin like sounding songs. Babylon Shakes are borrowing heavily from the past (hence the term “vintage sleaze”) and are essentially making everything old new again just like Greta Van Fleet. Although Babylon Shakes released their debut EP Exile To The Velveteen Lounge Vol. I back in April of this year, they were initially planning on releasing Vol. II later this year and the great news is that this still appears to be the case now that the band is signed to record label HighVolMusic.”