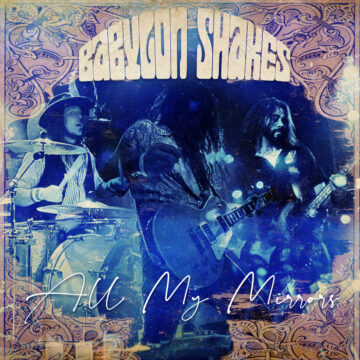 Babylon Shakes consisting of lead vocalist / guitarist Chris Clark, drummer Jeff Mortimer, and bassist / guitarist Gary Jordan have unveiled a new single titled “All My Mirrors.” This is the third single released by Babylon Shakes since they announced on January 1, 2021 that they were reforming after an almost one and half year hiatus. The band released the singles “Seven Sisters Seven Moons” and “Another Broken Halo” earlier this year.

Babylon Shakes‘ new single “All My Mirrors” can be purchased via the group’s Bandcamp page which states:

“Babylon Shakes originally formed in late September of 2017 and tore up and down the east coast with a fiery brand of vintage rock n roll steeped in blues and bombast. Singer/guitarist Chris Clark, drummer Jeff Mortimer, guitarist Gary Jordan came together in Staunton, Virginia and crafted a sound that harkened back to the 70s and 80s.”