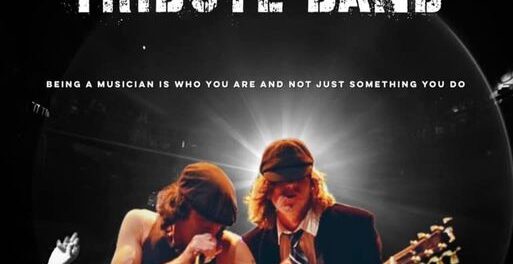 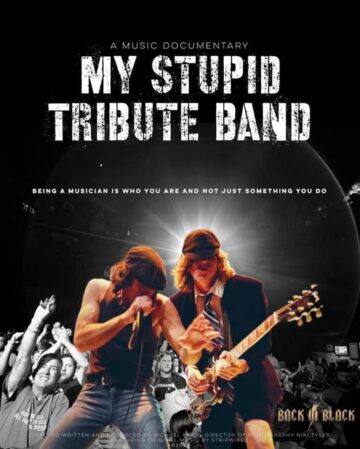 AC/DC tribute band Back In Black‘s documentary My Stupid Tribute Band has been selected by the Dance With Films festival and will be having its west coast premiere in Hollywood, California, USA on June 15, 2022.

Back In Black‘s lead vocalist Darren Caperna has the distinction of being one of four singers to have auditioned with AC/DC to replace Brian Johnson when the latter had to bow out from the Rock Or Bust Tour due to hearing issues.

“Dallas based AC/DC tribute band, Back in Black, is excited to announce their music documentary, “My Stupid Tribute Band”, was selected by the Dances With Films festival and will have its west coast premiere on June 15th at 9:15PM at the legendary TCL Chinese Theatre in Hollywood. Prior to the screening, the band will perform a free concert at the Ovation Complex at 8 pm on Hollywood Blvd. My Stupid Tribute Band follows the twenty year history of the band and culminates with their lead singer’s audition with AC/DC in 2016. It is a heartwarming and fun account celebrating the lows and highs encountered throughout their career.

“It is such an honor to be selected by this prestigious festival! I can’t believe we are premiering our film at the Chinese Theatre, that’s the same theater that premiered Star Wars!”, said writer/director Michael Mroz. 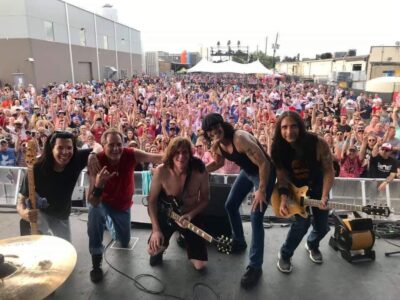 Formed in 2001, Back in Black continues to bring their incredible high energy concert reproduction to audiences across the nation and is already on schedule to play over one hundred shows this year.  For more information on Back in Black, please visit their official website and/or the band’s Facebook page.

Recently selected by USA Today as one of the top 10 film festivals in North America, the dedicated team behind DWF:LA are constantly looking for the best in emerging talent with unique visions and storytelling. DWF:LA is one of the largest festivals of its kind in the United States and remains dedicated to creating opportunities and launching careers of exceptionally talented artists based on their talent alone.