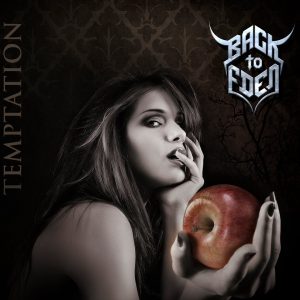 ‘Back To Eden‘ is the solo project of guitarist/bassist/songwriter Edan from Melbourne, Australia, which just released its first single “Temptation.” Respected local musicians Aliz (vocals) and Enzo (lead guitar) were enlisted to collaborate and perform on the upcoming release.

“Temptation” was first released on May 22, 2016 and the following message was posted on Back To Eden‘s Facebook page:

Ok folks, here it is- our debut single! High quality downloads can be purchased at http://www.cdbaby.com/cd/backtoeden or you can play it as many times as you like for FREE right here! Thanks once again to all involved, it really means a lot!!! Anyway, crank it up, enjoy, and feel free to share if you wish. GET NATIVE!!! \m/

‘Back To Eden’ is the solo project of Guitarist/Bassist/Songwriter Edan Hoy from Melbourne, Australia.Respected local musicians Aliz Kasim (Vocals) and Enzo …