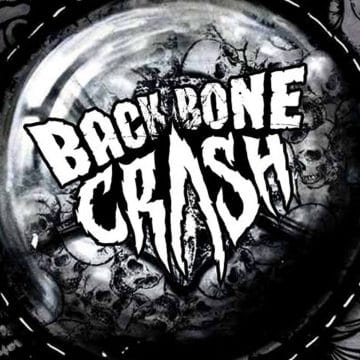 “Backbone Crash is a band from Moscow, Russia, founded in 2012 by Michael Stas (vocals) and Watson Rock (guitar). During its five year existence, the band managed to visit many cities in Russia and CIS with its shows. During this period, various experiments on the sound and image of the band were made until the band has created its unique style. Performing in heavy metal style, the band never disregard melody in their songs and use vocal skills in full, thus creating the style and behavior on the scene of their own. Every summer, the band performs as a headliner of various open-air shows and rock fests. The first opportunities for the band became big festivals like “Motoyaroslavets” and “D2O”. Backbone Crash present not only professional music but also bright shows in which makeup, costumes and other props are used.

The band’s music is based on the Western rock-culture authority. The songs are presented in English and cover such contemporary topics as the social problems of young people living in the modern urban world. The songs are full of irony: the lives of the characters describe the lives of the musicians themselves, their friends and people around. Each song has a philosophical sense and is meant to change the listener’s ideology, mentality and lifeview, transfer cheerful and also lyrical mood of sadness and infinity of the way of an artist to the listener. The band’s demos are highly praised by the international labels and internet radio stations which often broadcast the band’s music. Demon Doll Records, an American company, having had bought the rights for two years, had been copying and distributing the band’s EP on the territory of the USA. A well-known European label, Nuclear Blast, showed their interest to the band having subscribed the band’s news in Instagram. We always welcome the new acquaintances and mutually beneficial collaboration. We are glad to visit your city and give pleasure to the public with our awesome show!”

Sleaze Roxx thanks The New Wave of Hair Metal for bringing Backbone Crash to its attention.