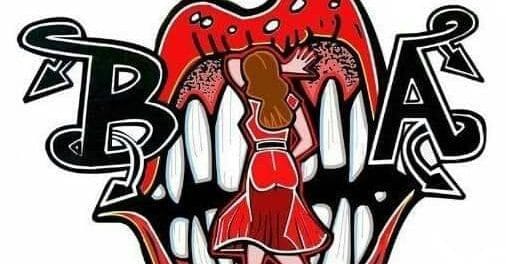 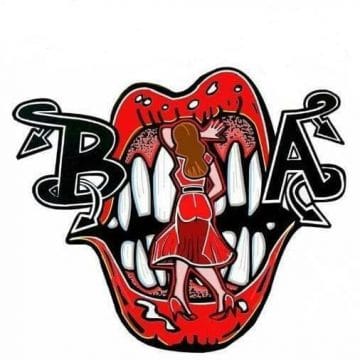 “Pumping out riffs inspired by the likes of AC/DC, ZZ Top, Mӧtley Crϋe, Aerosmith and Mӧtorhead, Bad Actress is a hard-hitting blues infused rock band, with a healthy dose of eighties glam.

Originally under the name ‘Airrade’, they kicked off their live shows in July 2017 at the Audio Club, Glasgow. This was quickly followed by a string of shows in venues around Scotland.

In February 2018, their performance at the Inverness Ironworks venue captured the attention of social media site, Inverness Gigs, who commented ‘these chaps are living and breathing their music and it really does work for them’.

After changing the name to Bad Actress, they published a live video of ‘Whiteline Adrenaline’, shot by Stephen Bull at the Ironworks, and released their first single, ‘Acting like an Animal’, recorded at Mark Morro Audio in Edinburgh.

In 2018, they clocked up 23 live shows in 12 venues in eight locations across the country. In April, they won the MHA Battle of the Bands at Tunnels in Aberdeen organised by Soundwired. In June, they took third place out of 48 bands in the Dundee West Fest Battle of the Bands challenge and in November, they opened the very first ‘Monsterfest’, a two-day rock festival in Inverness’s Ironworks venue, headlined by The Dead Daisies.

Bad Actress began forming in 2016 when guitarists, Struan McFarlane (then 15) of Forres and Thomas Bell (19) from Muir of Ord, decided to start a new venture. The pair had played together when Struan filled in on drums for the final gig by 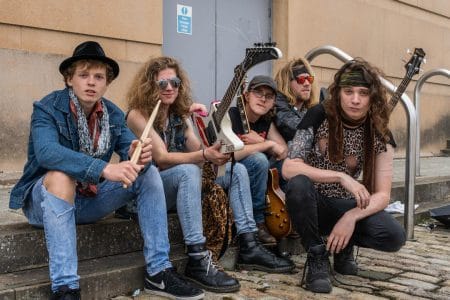 Far From Devils, Thomas’ previous band. They recruited former FFD bassist, Fearghas Lyall (then 17), and asked Struan’s younger brother, Lewis, to fill in on drums until they could find a full timer.

Lewis, then just 12, had been gigging for over two years with Struan and their older brother Ross, as hard-core power trio, Civil Punk. He set the bar high and was soon confirmed as the full-time drummer. They then focused on finding a vocalist, which led to Ross (then 17) being brought in to complete the line-up.

With bookings coming in thick and fast, Glasgow-based Fearghas reluctantly surrendered the bass slot and, after Alex Rennie of ‘Hunt‘ filled in for a few gigs, Gareth Mair from Buckie was recruited as full time replacement.

Momentum continued as 2019 got underway, with shows at the Green Room, Perth and Inverness venues, Market Bar, Mad Hatters and Ironworks. In March, they released their first EP ‘Low Down and Dirty‘, with a video single for the title track, and embarked on a promotional mini tour, with shows in Perth, Forres, Nairn and Inverness. And in April, they won top prize in the Hi-Hub Scotland ‘Rock Factor’ event, where they also received best guitar solo and best cover awards.

The prize includes a Scotland tour and professional recording time, so lots more to come from Bad Actress this year!”